I have been asked the question 'Is there a UK dairy industry?' several times when talking with trade contacts in Asia and the Middle East.

I have been asked the question 'Is there a UK dairy industry?' several times when talking with trade contacts in Asia and the Middle East.

Importers and distributors of packaged products and manufacturers’ commodity/ingredient buyers are generally keen to identify and build relationships with new suppliers. They regularly meet exporters from Australia, New Zealand, some of the European industries and increasingly even the US – but almost never from the UK. Hence some trade contacts have been under the impression that the UK has no cows, or at least no dairy processing industry!

This is not a complete surprise – many have said similar to us about the US – but that is starting to change. However, for many Asian dairy buyers, whilst France and the Netherlands have strong dairy profiles, even the smaller European countries that we recognise as having strengths in dairy – Italy and Ireland for instance – are relatively less known.

Promoting the Best of British

We have some great dairy products to export, not least our many distinctive cheeses, and the UK food industry has clear strengths in terms of product quality. One obstacle is that import substitution has been a priority for much of the industry, and with good reason.

The net result has been that, as Barry Wilson wrote recently, “While the Irish brand is marching across the globe, the British are still squabbling about whose role it is to promote British dairy”. Meanwhile we have had a prominent chief executive ludicrously awarded for manifest failure!

There are a few honourable exceptions in the industry but let’s hope the overall situation changes – export revenues offer real growth prospects for those prepared to do the groundwork. 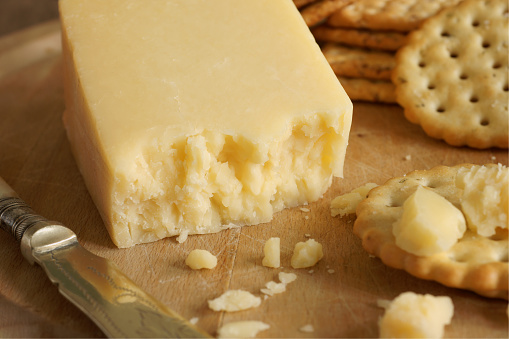