Whilst preserving existing agricultural commitments between Canada, the US and Mexico, it is hoped that a revamped USMCA will drive increased agricultural trade and new opportunities. 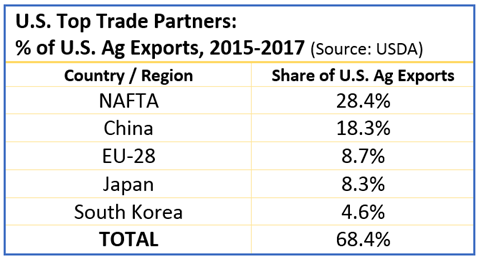 Negotiations to modernize NAFTA began in August 2017. A revamped trade deal was reached on 30 September 2018 among the three nations which replaces NAFTA— the United States-Mexico-Canada Agreement (USMCA). It should be noted that USMCA’s immediate future is still somewhat uncertain, as the new agreement needs to get final approval and be ratified by the US, Mexico and Canada Governments. As well, there are still some negotiations ongoing to eliminate retaliatory tariffs which USMCA does not provide relief for.

General sentiment on the agricultural side of the agreement is mixed – depending on the specific agricultural product and how that product is or isn’t addressed in the new agreement.

“I’m pleased to see the US, Canada, and Mexico have successfully delivered a renegotiated NAFTA for consideration, and I am eager to review the details,” said Senate Agriculture Committee Chairman Pat Roberts, R-Kansas. “This trade pact will provide our farmers and ranchers with much needed export market certainty and will strengthen the relationship with two of our most important trading partners.”

“We celebrate the trilateral agreement. The door is closed to the fragmentation of the region,” Jesus Seade, NAFTA negotiator for Mexico’s president-elect Andres Manuel Lopez Obrador, said. “NAFTA2 will give certainty and stability to Mexican trade with its partners in North America.”

Brian Innes, president of the Canadian Agri-Food Trade Alliance (CAFTA), indicated: “We welcome an agreement to renew NAFTA. An agreement is an important step forward for the hundreds of thousands of farmers, ranchers, food manufacturers and agrifood exporters who rely on free and open trade and have felt the impact of continued uncertainty. At first glance, there will be some improved access for Canada’s agri-food exports to North American markets.”

According to Global Affairs Canada, “The United States-Mexico-Canada Agreement (USMCA) will preserve existing agriculture commitments between Canada, the US and Mexico, and help bring together an already highly integrated industry. The agriculture and agri-food sector is a key driver of Canada’s economy, and the USMCA will help Canada reach the Government’s goal of increasing agri-food exports to $75 billion annually by 2025.”

“The outcome of the negotiations will have a negative impact on the system of supply management as a whole and specifically on the vitality of Canada’s egg farming sector. It represents a hit to consumers who overwhelmingly prefer Canadian eggs, with nearly 90 percent agreeing it’s important that the eggs they purchase are produced in Canada,” said Roger Pelissero, Chairman of Egg Farmers of Canada.

Orrani Consulting keeps tabs on the markets as well as the trade agreements which impact them. If your business is in need of a deeper understanding of USMCA or other FTAs and how they might affect your products, reach out to us at Orrani Consulting today. 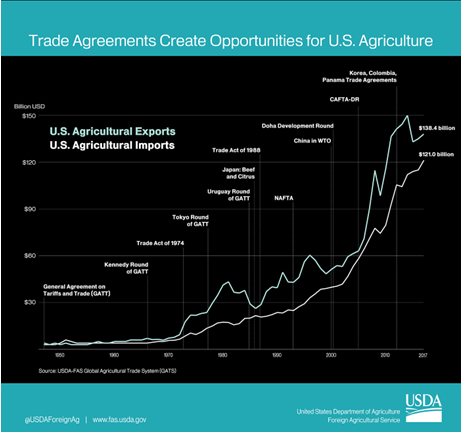